With the holidays quickly approaching September and October seemingly flew by quickly.

MLFurs participated in two super successful Fashion Shows in the Denver Area.  The first being Cherry Creek North’s Fashion’s Night Out on September 6, 2012.  From Lingerie to Furs, and everything in-between, the crowd fully enjoyed the staging and production runway show.  Thanks to Dahlia Weinstein, John Tobey, Charlie Price, and the CCN staff the VIP event sold out and the rumors for next year’s show is already buzzing. 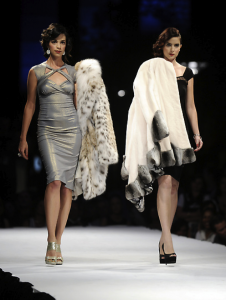 To support the local Metro Denver Boys and Girls Club, MLFurs joined forces with Jet Linx and Cuvee Ventures in another spectacular runway show, Flight to Luxury.  The evening kicked off in the Signature Flight Support Centennial Hangar with a red carpet, fast cars, gorgeous jets, fabulous food, music, a champagne aerialist, and that was just the beginning.

Guests toured the jets, sat in the Ferraris, and bid on silent auction items.

Around 8pm people quickly took their seats in anticipation of the fashion show preceded by a live auction.  The live auction truly set the tone for rest of the evening.  Paddles went flying for the first item which was an American Lynx Trimmed Jacket.  From there it was concerts, and an array of trips donated by the Cuvée Ventures portfolio.  Laura Quintana, director of marketing for Cuvée noted the net amount raised for the evening was $290,000

Capping off the evening was a destination themed fashion show.  From Swimsuits in Mexico to Fur Coats in Vail, the show was stunning with special guest Sue Wong for Mariel, another local Cherry Creek retailer.

The party continued with an exceptional band “Tunisia” and people danced the brisk night away. 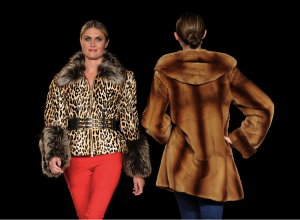 0
Come Celebrate Fashion's Night Out!
Fur on the Rise at the 57th Presidential Inauguration